I really like pumpkins. Like, a lot. October is my favorite month. So when I was thinking of seasonally appropriate nail art to do, of course the first thing that came to me was pumpkins. I had even planned to do this post later in the month, but then I found myself painting pumpkins on yesterday, so here it is a week early! I took entirely too many photos of this, but I narrowed it down since most of them were the same anyway. You can see my choices, and what I used to get this look after the break.

This is the first freehand nail art I’ve ever done, and I’m very pleased with it. I cant stop looking at my nails. I based it on the idea behind the sweetheart or scalloped manicure that I saw a few months ago over on beautygeeks. I tilted some of them (my thumb is my favorite), and added stripes to add depth, and stuck on a shimmery green stem and some curly vines.

The colours I used for this manicure were: OPI You’re So Vain-illa, Julep Tatiana, Julep Brielle, Finger Paints Ball Gown Glamour, and Zoya Logan. I started on a base of two coats of Yellow Stopper, which I had on to test the “peel off base coat” qualities of it, and then became terrified it would pop off before I got pictures. I topped it with a coat each of essie No Chips Ahead, and essie Good to Go fast drying top coat.

We’re going on 24 hours and the Yellow Stopper isn’t showing any signs of jumping off yet, so it looks like I get to enjoy this mani a little longer. Do you like my pumpkiny nail art? I’m going to go make a cup of pumpkin chai and admire my nails for a while. October is my favorite excuse to wear orange nail polish every day. What sort of colours do you like to rock on your nails in October? Tell me in the comments!

Hi, my name is Lesley Penney, and I first got into nails in the summer of 2014. I love nail art, cats, reading, and sushi, and I blog with the help of two feline assistants keeping an eye on me. I'm a Canadian living in the south San Francisco Bay area, trying to escape the heat. 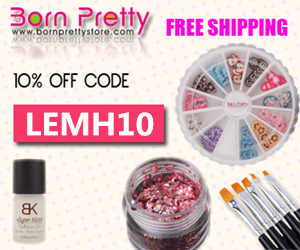